What is Swimmer’s Itch?

Do you enjoy summer water activities in the lake but end up with an itchy red rash?  That rash is most commonly referred to as “Swimmer’s Itch”.  The Swimmer’s Itch rash is typically an allergic reaction to tiny parasites that are carried by waterfowl and snails that live in fresh water.  As part of the parasite’s life cycle, they are released into the water by the infected snails and birds.  People in the water are then exposed to the parasite that can burrow into the skin causing the rash to appear.  This rash is medically referred to as cercarial dermatitis, can sometimes be mistaken for chiggers.

In reality, chiggers are the larvae (juvenile form) of a certain type of mite.  Mites are arachnids (like spiders and ticks).   Unlike the parasites in Swimmers Itch, chiggers are more common in areas such as forests, grassy fields, gardens, and parks. However, they can be found in soggy areas around lakes or rivers. Most of the larvae that cause chigger bites are found on plants that are relatively close to the ground surface, because they require a high level of humidity for survival.  Chiggers can also cause itchy red bumps which can be confused with Swimmers itch.

What are the common symptoms of Swimmer’s Itch?

Can Swimmer’s Itch spread from one person to another?

No.  It is not contagious.  It is contracted from the parasites in the water.

Who can contract Swimmer’s Itch?

Anyone who swims or enters into infested water is at risk of contracting Swimmer’s Itch.  The parasites are mostly found in shallow waters near the shoreline.  Children are likely to contract Swimmer’s Itch because they play more in the shallower water and don’t towel dry off as well as adults.

When does the first outbreak of Swimmer’s Itch Usually Occur?

Generally during the first warm period in the spring, typically late May or early June.  Outbreaks can be delayed due to weather conditions such as late or cooler spring in some northern areas.

Once an outbreak starts in the water, will the water always be infected?

No. The factors that contribute to Swimmers Itch can change and thus not always create an infestation.  However, there is no absolute certain way to know how long the water may be unsafe.  Generally these parasites only live 24 hours once released from the snails but an infected snail could continue to produce the parasite for the rest of its life.  For future snails to become infected, the re-introduction of waterfowl in the area must occur to carry on the lifecycle.

Up until now, the focus on Swimmer’s Itch has been how to treat the rash once it appears. Most topical, over the counter products, don’t help with the itch of the rash.  Although the rash typically only lasts from 4-7 days, it is bothersome enough that it keeps people from enjoying swimming, boating, and other water activities.  Well now there is GOOD NEWS!  Weeders Digest has a solution.  It’s called Swimmer’s Itch Guard (SIG). Why does SIG work so well?  The answer: because it is a preventative solution.  SIG is applied BEFORE you enter the water.  It acts as a repellent and prevents the parasites from entering the skin.  The secret, be sure SIG is applied prior to entering the water.  Swimmer’s Itch Guard is also safe for children. All of the ingredients are proven safe, natural ingredients. The active ingredient, zinc oxicide, relates to sun protection and is the best and safest sunscreen. The balance of the ingredients relate to protection against swimmer’s itch. These ingredients prevent swimmer’s itch by repelling the parasite and thereby preventing them from penetrating the skin.  Here are some other facts about Swimmer’s Itch Guard:

What is the Shelf Life of Swimmer’s Itch Guard?

The shelf life of the zinc oxide sunscreen in Swimmer’s Itch Guard is 7 years and the shelf life for its protection against swimmer’s itch is more than 7 years. The expiration date is stamped on each jar.

An average sized adult will use about 1 ounce of Swimmer’s Itch Guard per application so children will use proportionately less according to their size. A reasonable estimate for a family of four going in the water 2 times per week for 8 weeks is 6 jars.

Before entering the water, apply to all uncovered skin and all skin under loose fitting bottoms and tops that will be under water continuously for 5 minutes or longer. Apply liberally and evenly. Reapply after 90 minutes of water activity or taking a shower or hot-tub.

The easiest way to remove Swimmer’s Itch Guard is to “wet” a paper towel with any vegetable oil or baby oil and wipe off with the “wetted” paper towel. You should see a pink residue on the paper towel. Afterwards, a soap and water bath or shower will remove the oil. This extra step makes the removal process much easier.

Learn more and buy the only product that will PREVENT Swimmer itch! 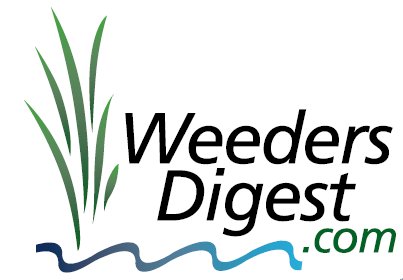 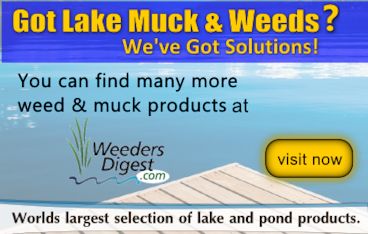